Venezuela"™s No Bread and Circus

With 34 years old, I've lived half of my life under the same government. One early morning in 1992, my mother didn't wake me up for elementary school. I arose hours later to empty streets, confused people and my parents didn't have any answers. That day I heard Chavez's name for the first time; I was ten years old. He was in TV, with his signature red hat, as the military leader of a failed coup against the former president Carlos Andres Perez. Seven years later, in 1999, he became President by an overwhelming majority of votes and the country began its transition into "XXI Century Socialism."

These images are part of my long-term project "Venezuela's No Bread and Circus" which started at the very end of 2014, when I decided to become a photojournalist. I started to document the Venezuelan spirit struggle by the frustrations and rage that come with living in a country where food, medicines and basic services (water, gas and electricity) are not affordable for a big part of the population while the circus recreated by the government and opposition forces in the streets with continuous political rallies, free concerts and propaganda as a common practice to keep people away of their common problems. This time that  I've been  developing my project has made me experience in first hand the human part of the crisis with each subject and situation I've been photographing. We are looking for a change, no matter the political ideology,  this crisis is affecting our present and our future. And the hope for a better life and country is alive.

"Everything now restrains itself and anxiously hopes for just two things: Bread and circuses. " " Juvenal, in The Satires, 1st Century AD, describing the last days of the Roman Empire 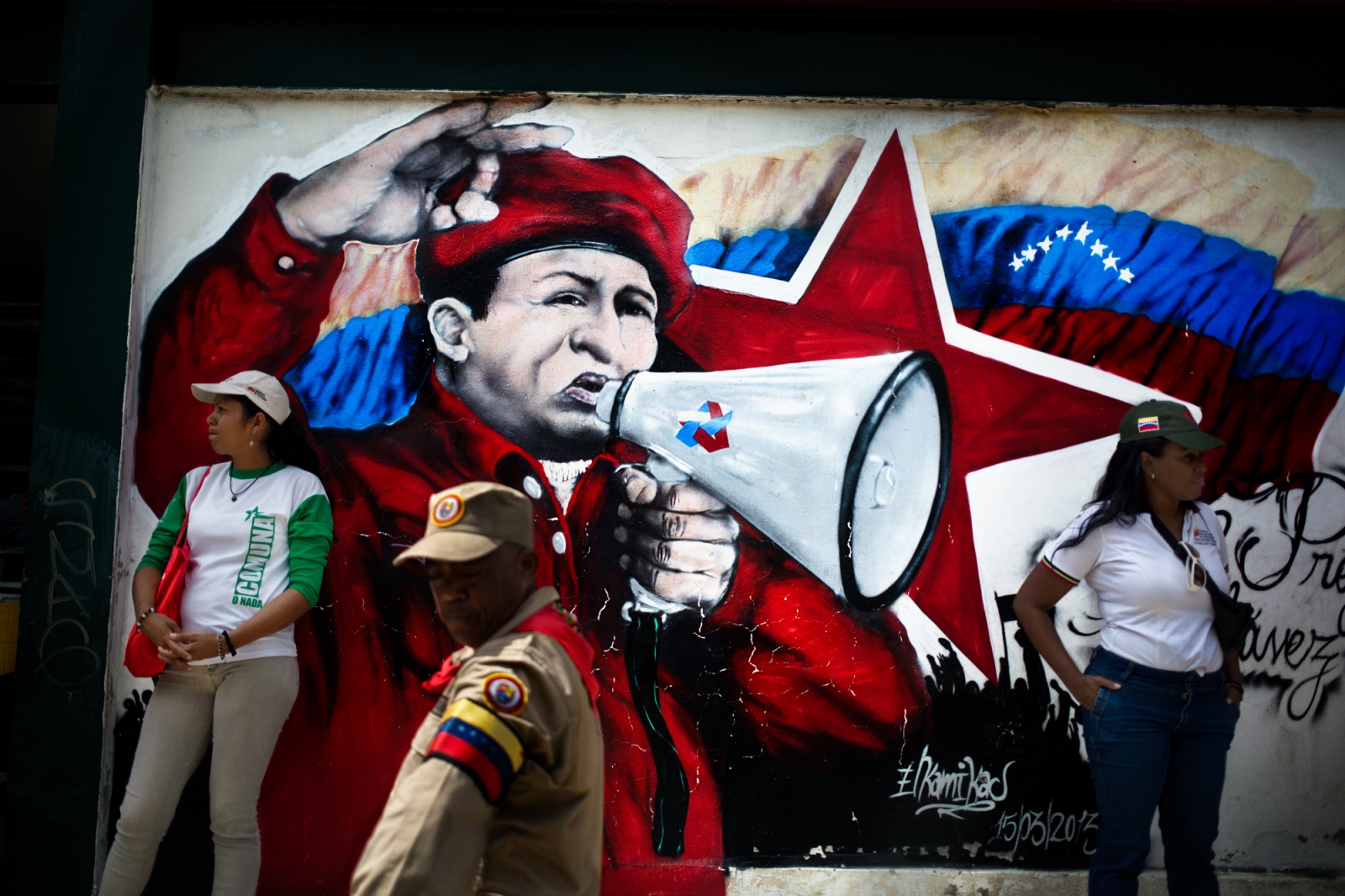 State employees and a militia member stand in front of a late president Hugo Chavez mural in Caracas, Venezuela January 23, 2015 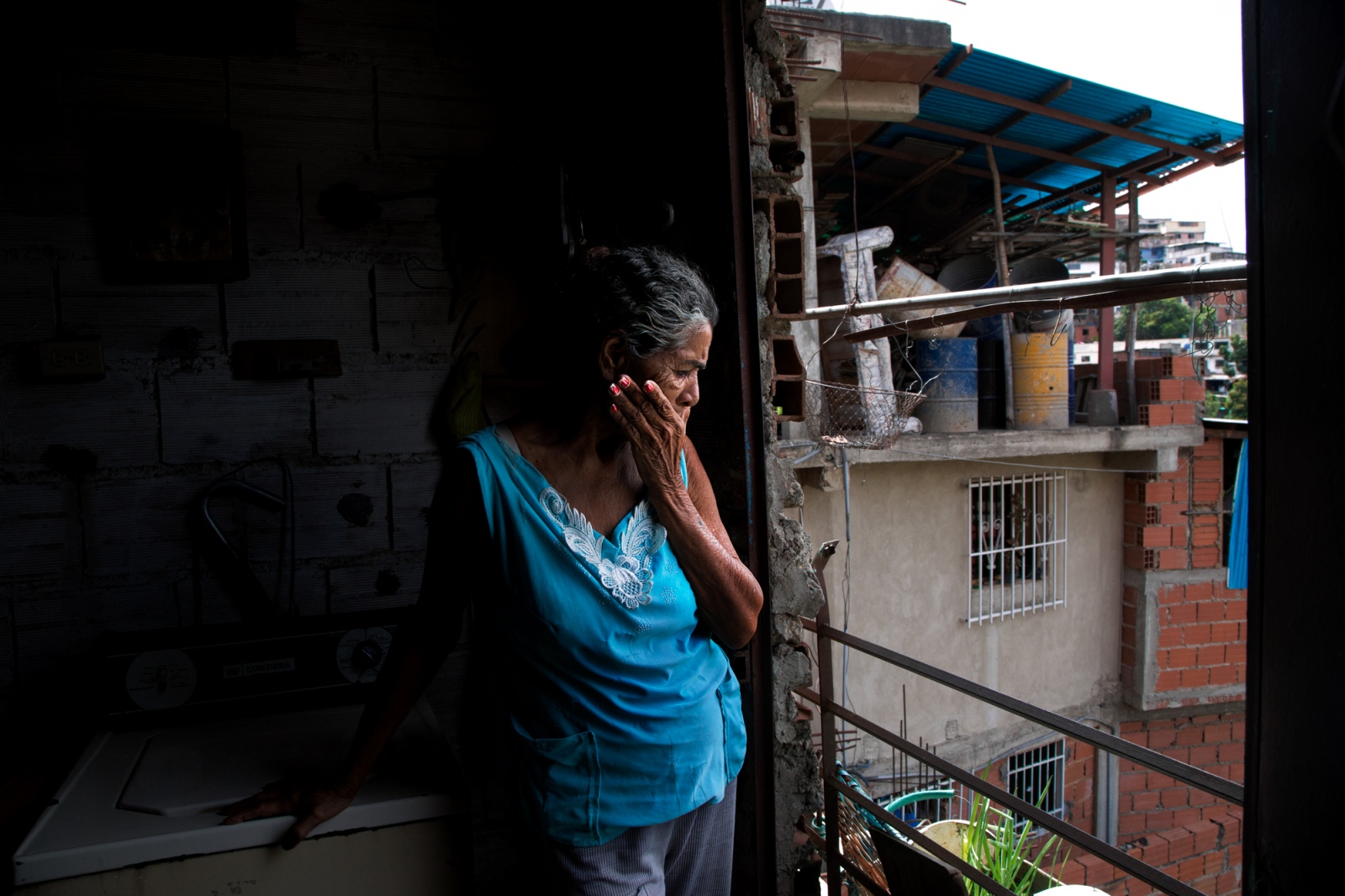 Rosa Moreno, 70, lost 15 kg in one year thanks to the lack of protein consumption because she receives 15US$/Month to buy groceries and her leucemia control medicines in The Petare slum, Caracas Venezuela, April 6, 2017 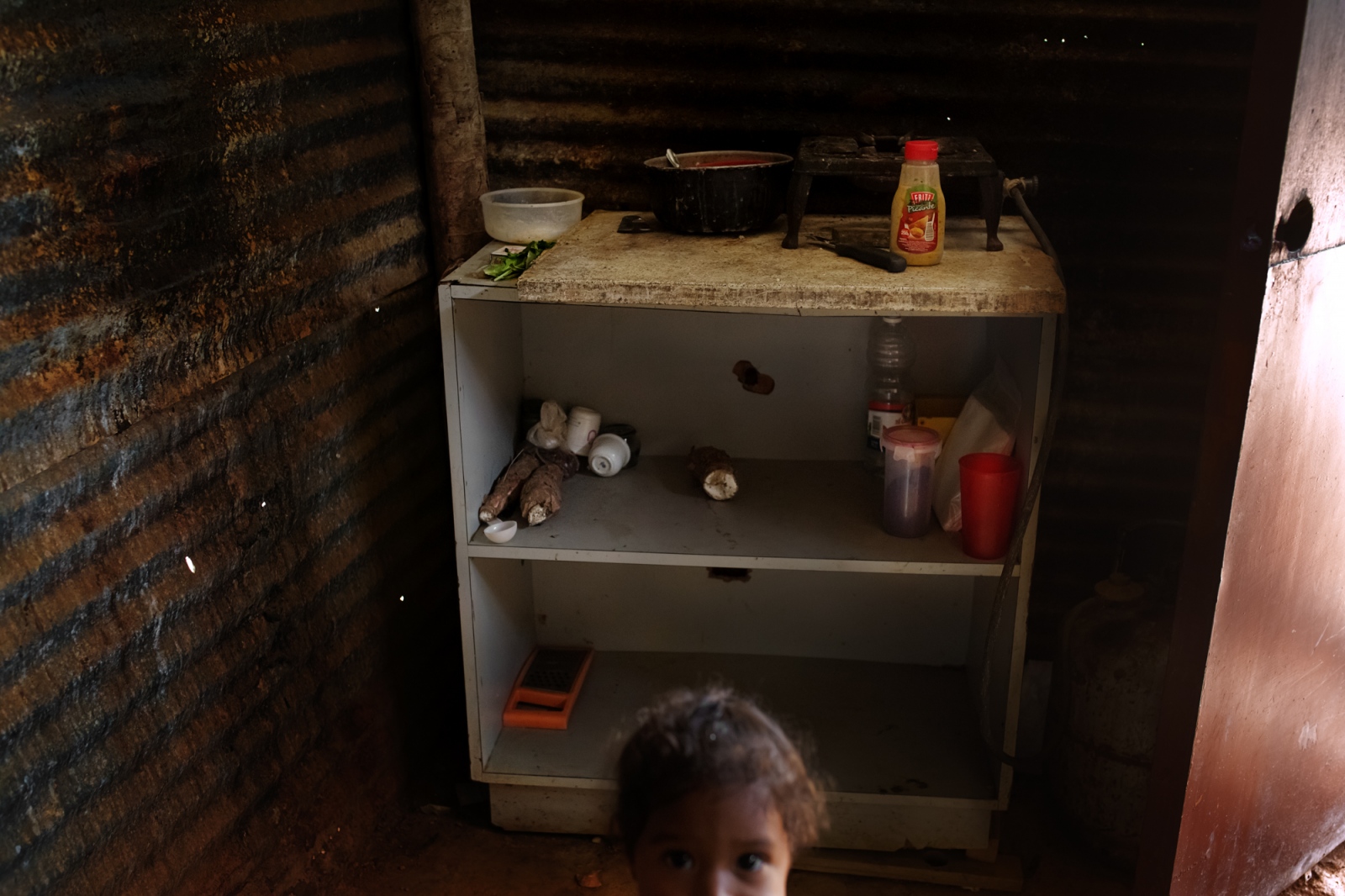 A view of a bare shelve inside a rural house in El Hatillo, Caracas, Venezuela March 18, 2017. Rural areas in the country have been hard hit by the basics food shortage and the hyper-inflation 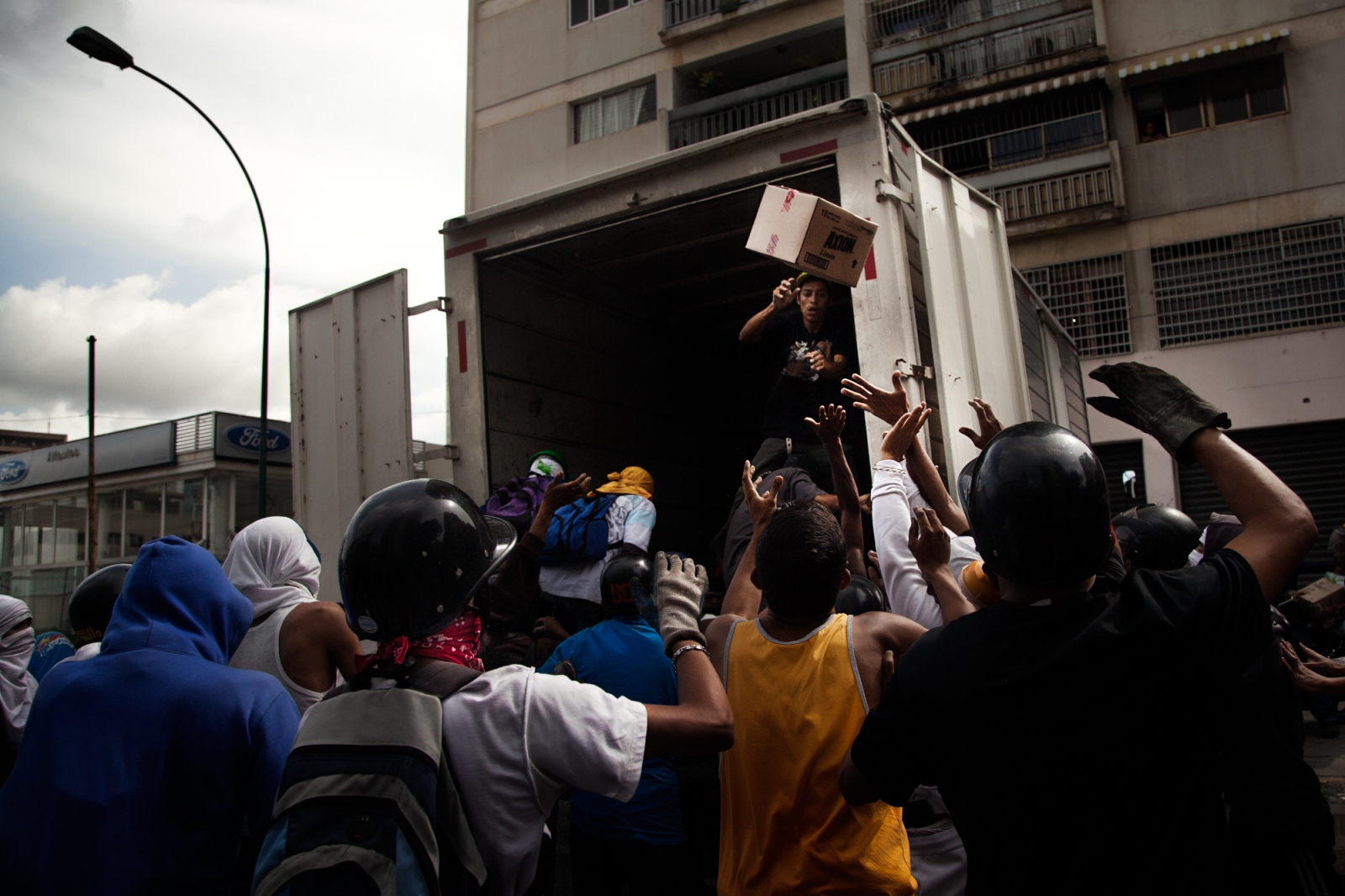 Demonstrators loot cleaning goods from a truck during an Anti-Maduro protest in Caracas, Venezuela May 24, 2017 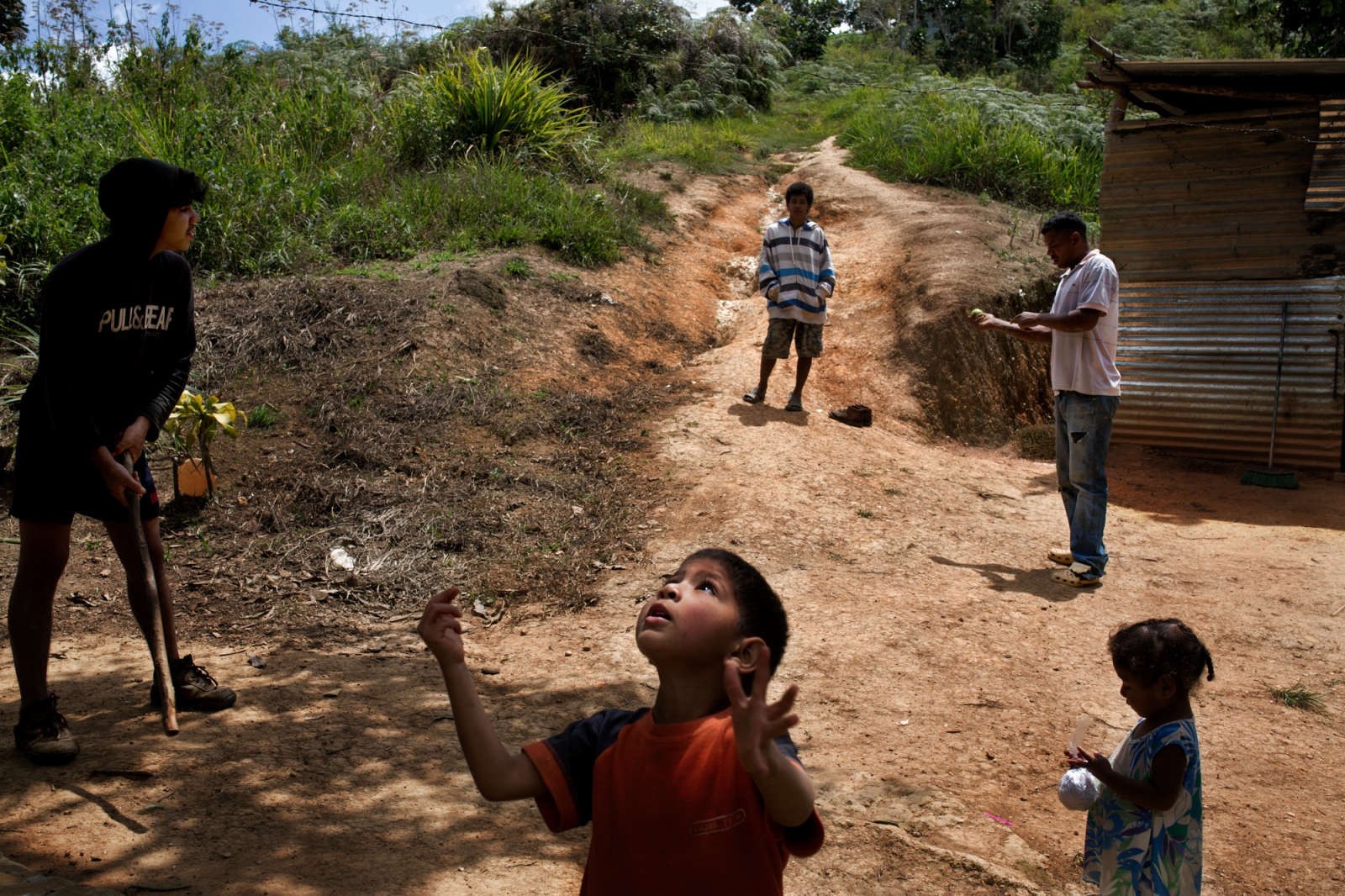 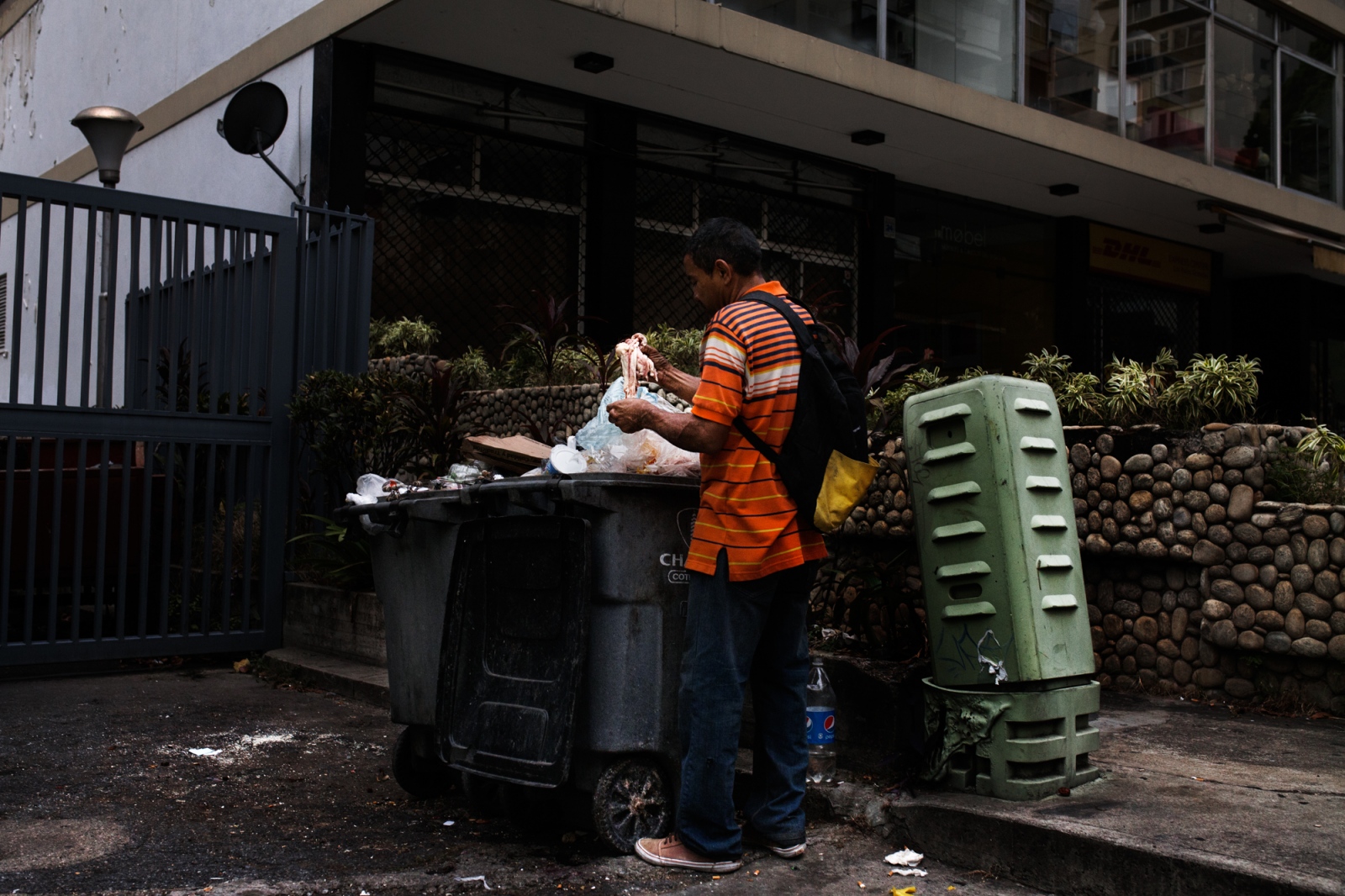 Carlos Machado, 45, holds chicken remains while he searches for food to bring it home in the garbage of a middle class neighborhood in Caracas, Venezuela March 13, 2017 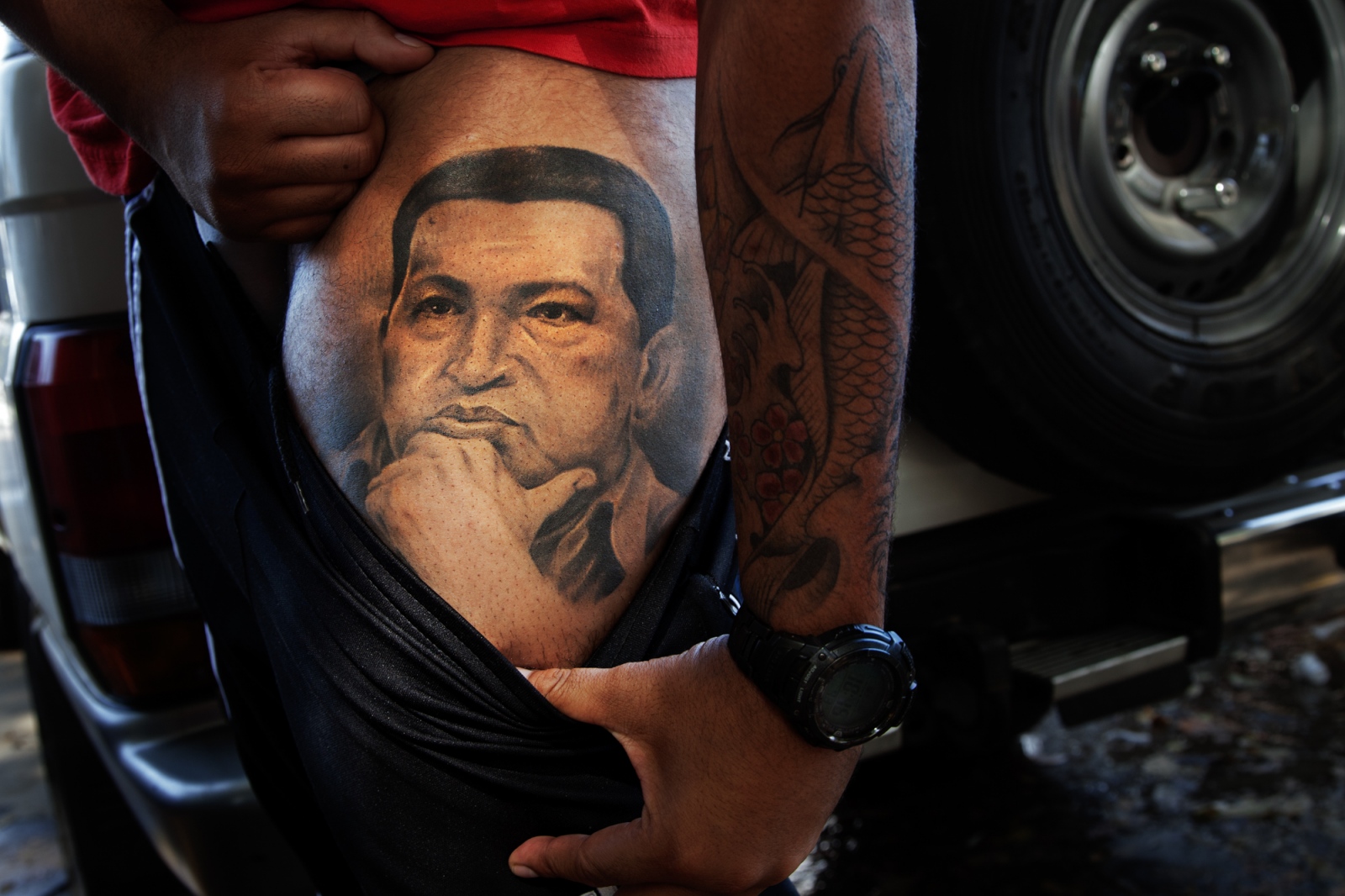 Children play in front of the Cuartel de la MontaÃ±a barracks where the tomb of President Hugo Chavez in Caracas, Venezuela March 5, 2013 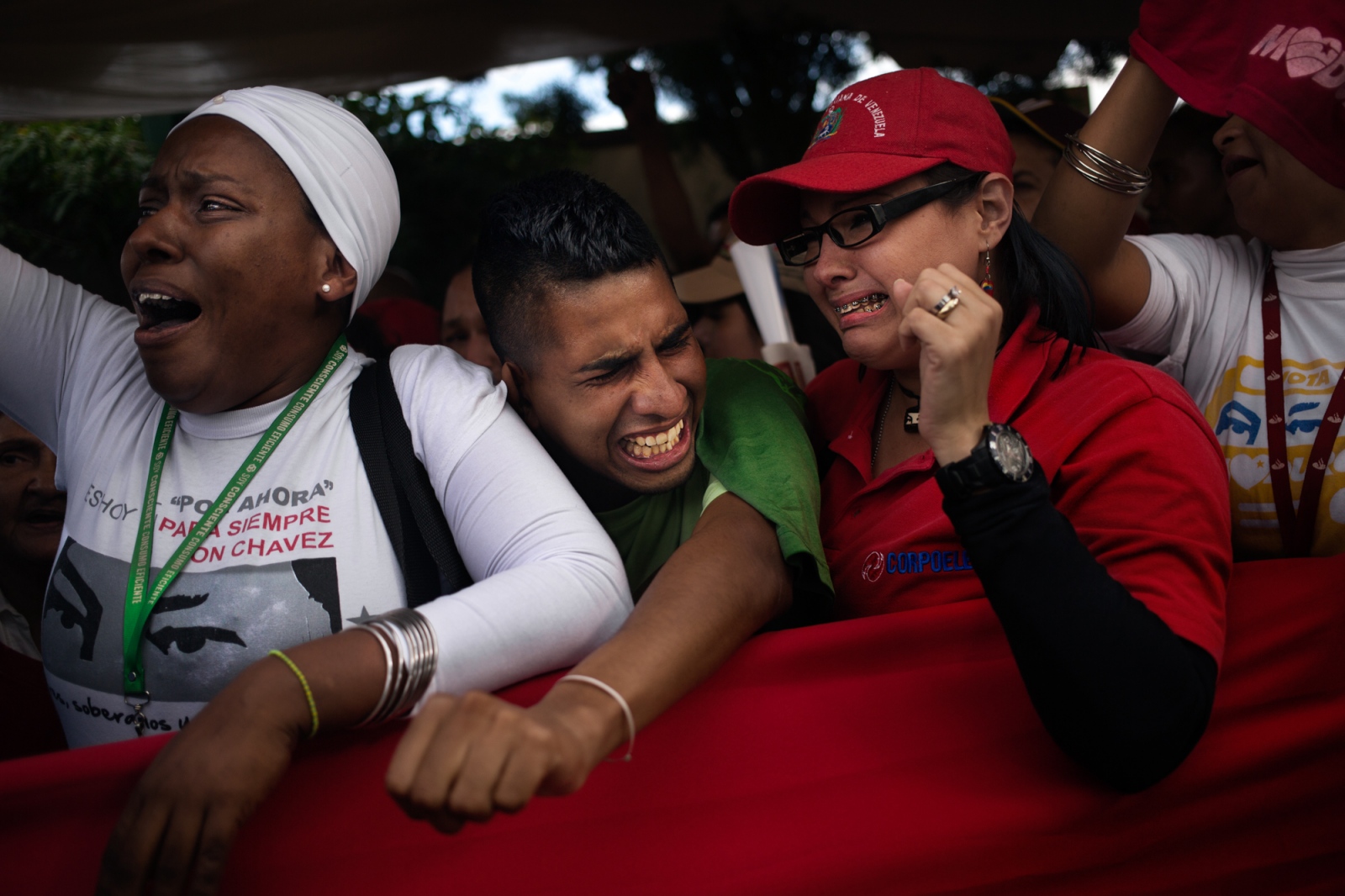 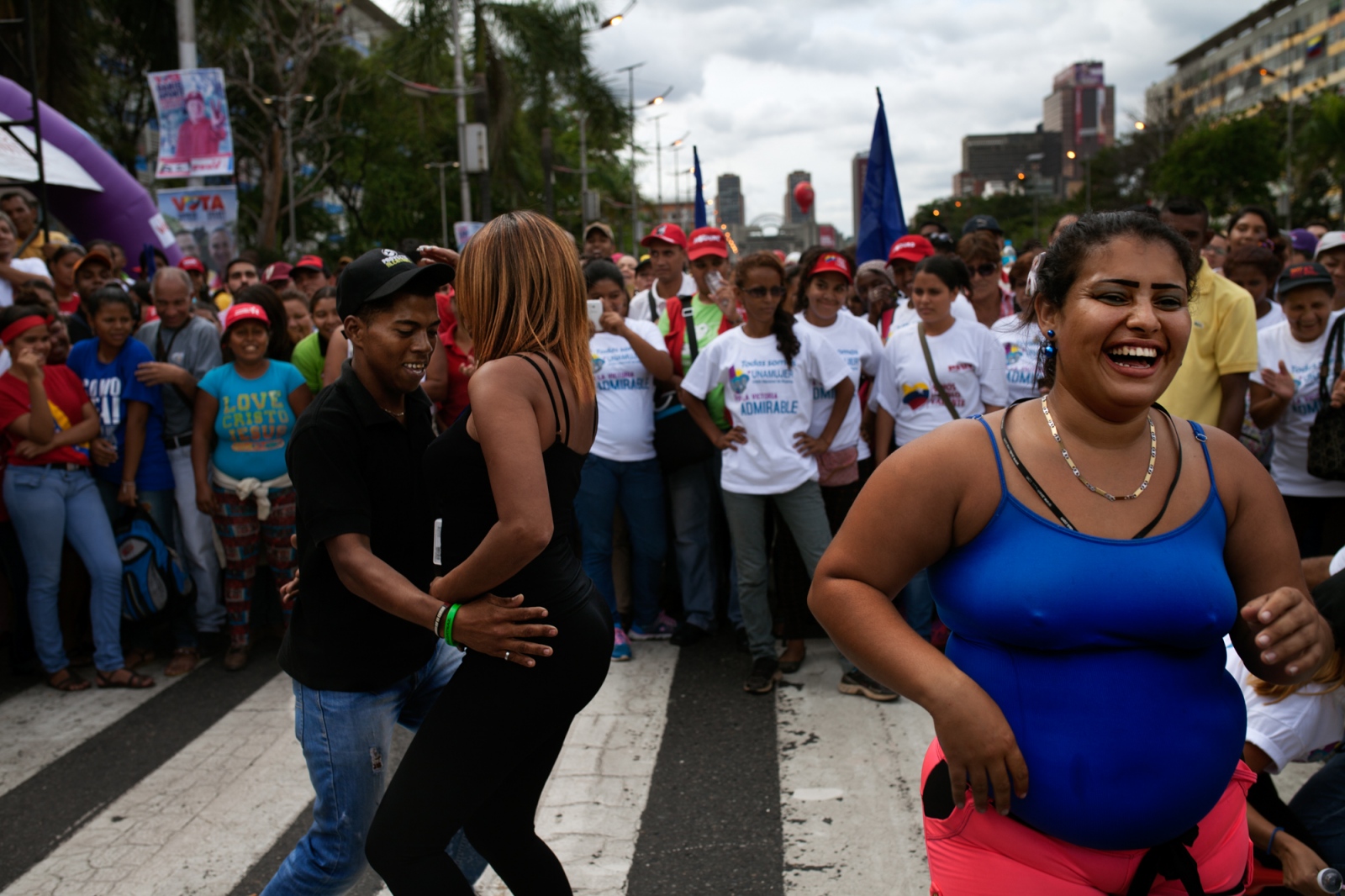 Revolution supporters dance in the street during a rally to suport Nicolas Maduro in Caracas, Venezuela December 3, 2015 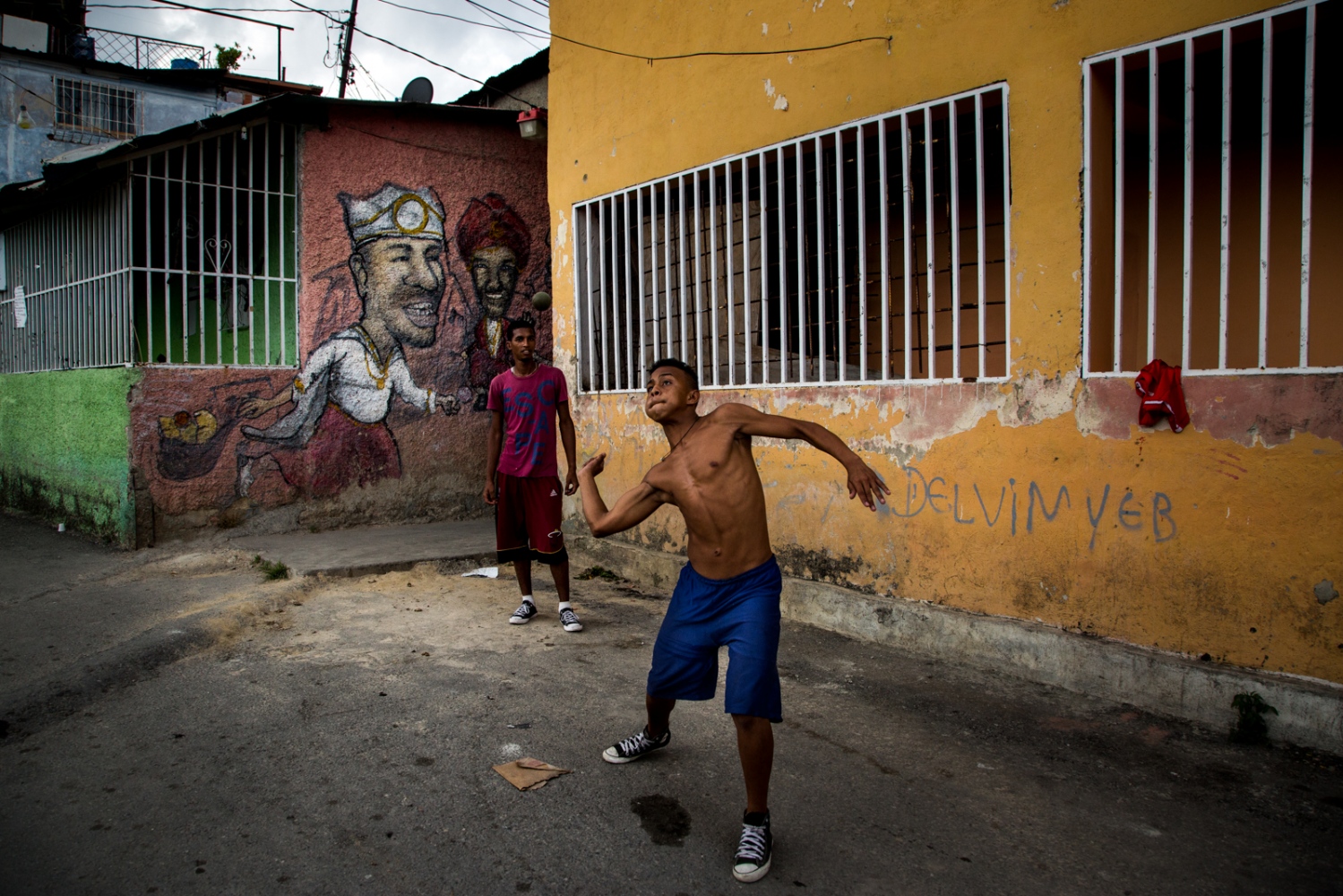 A child plays baseball in the stree at San Agustin slum in Caracas, Venezuela November 4, 2017 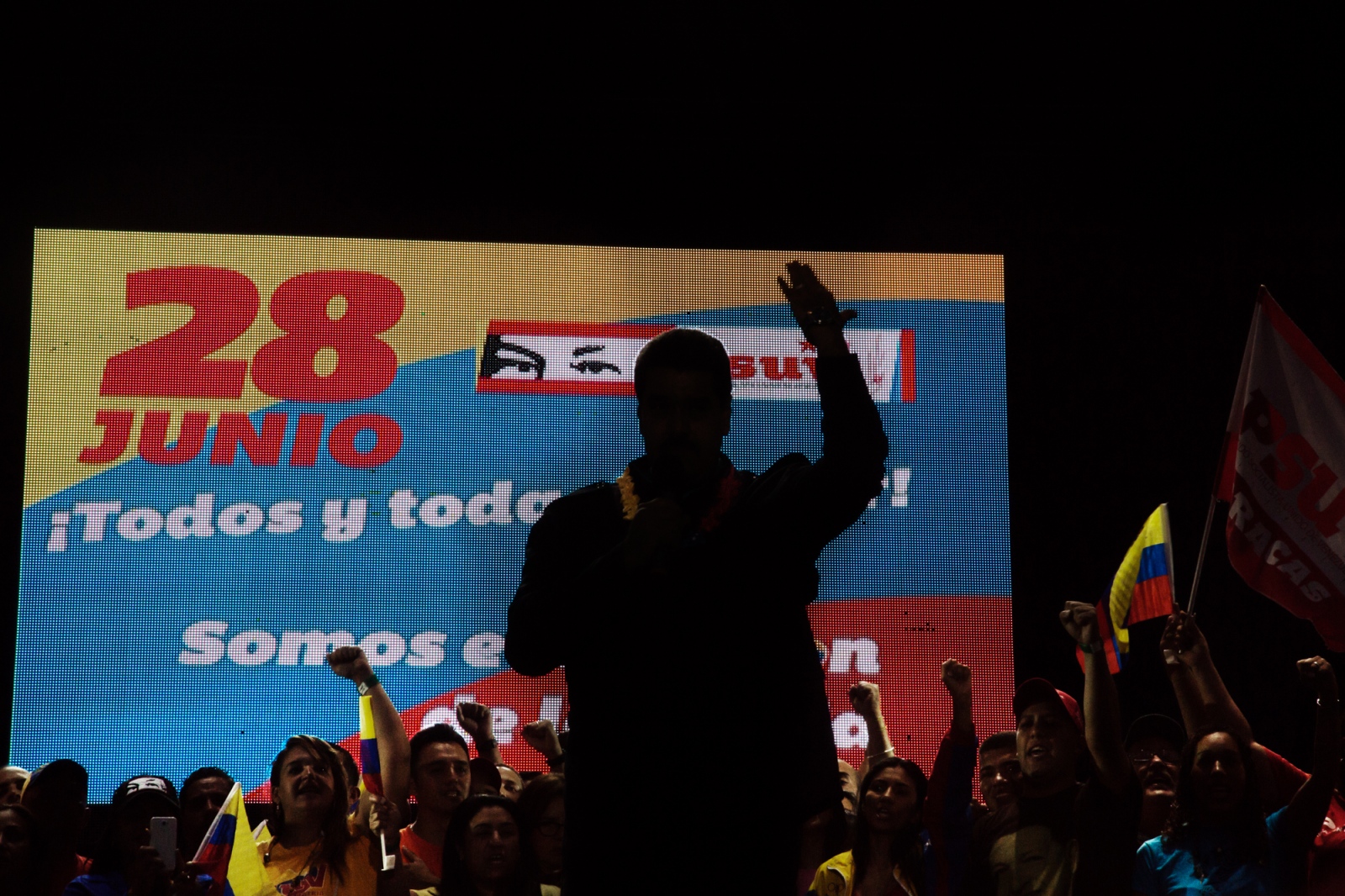